First, I obtained a GIF file from Jon Rogers from Jeepdraw of my USA number,

I then printed it out on cardstock and glued the pieces together to form one large stencil.

I then used an X-Acto knife to remove all of the undesired areas.

Next, It was time to apply it to the Jeep. 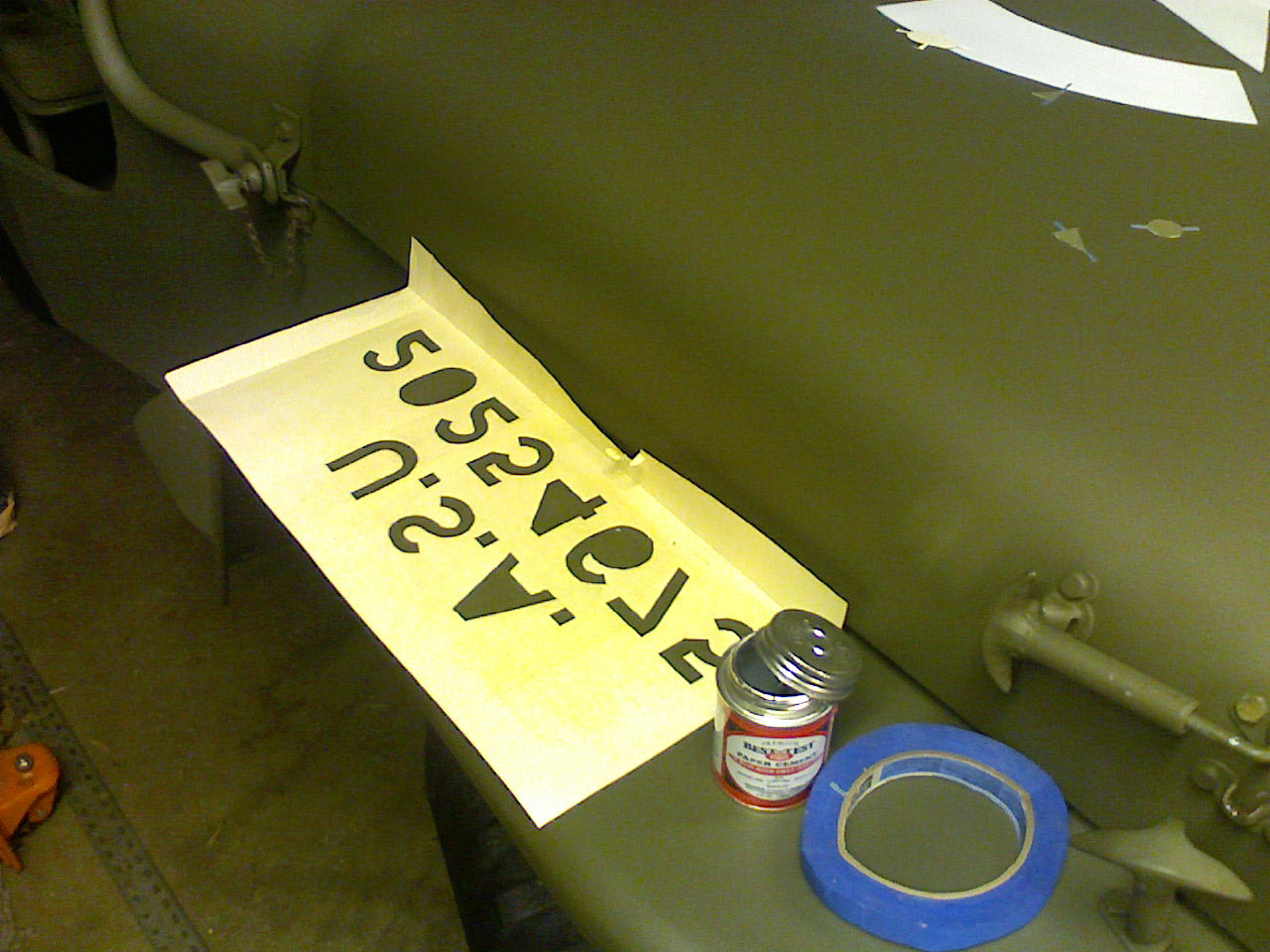 After predetermining the stencil's location on the hood, I placed some creases in the stencil as to locate it

when applied.  In order for the stencil to adhere to the hood, I applied some rubber cement to both the

stencil and the hood. 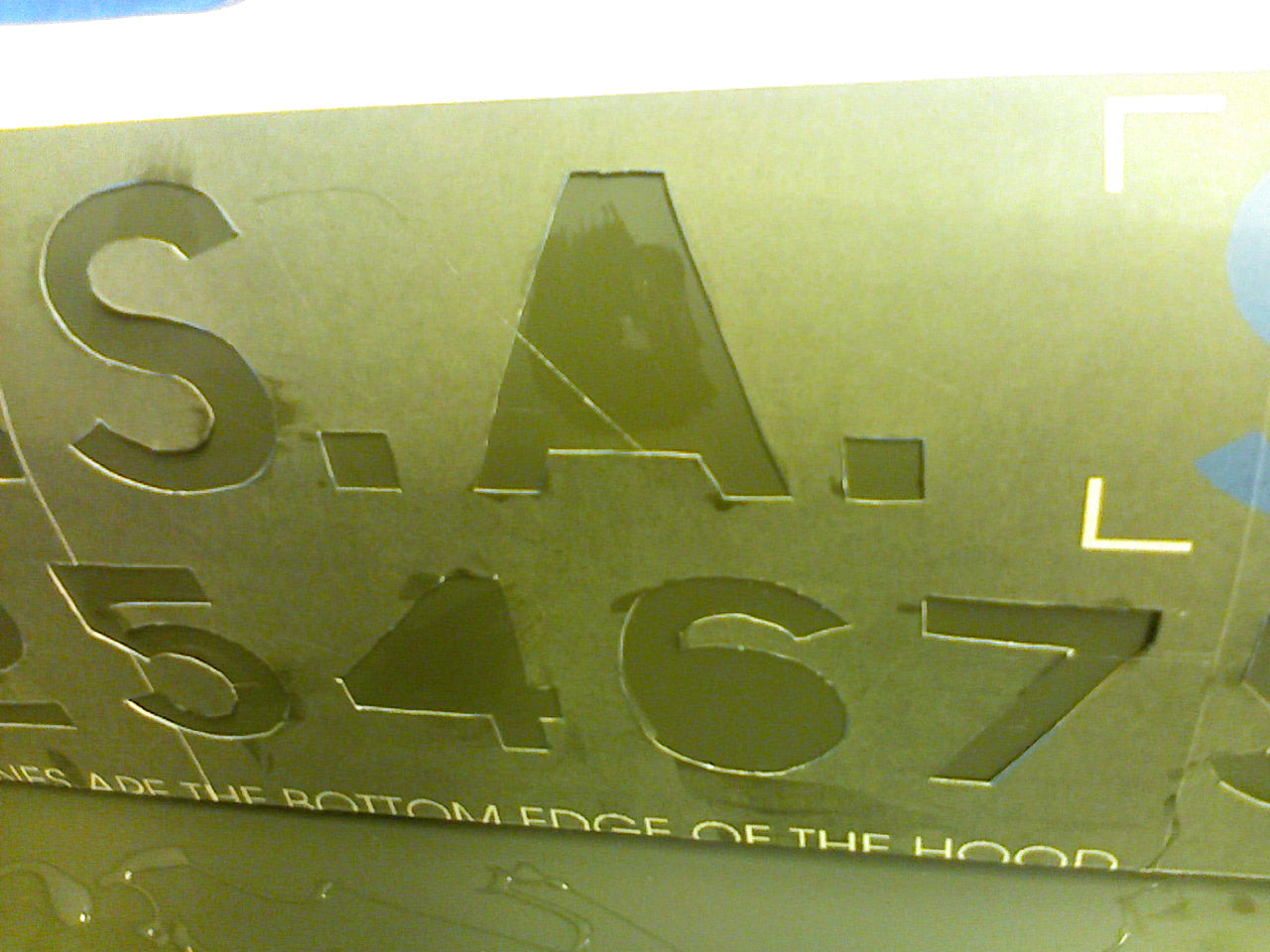 be filled with the stencil cut-outs. Rubber Cement is applied to the back of the pieces

and the open areas. Once tacky, the pieces then can be applied. 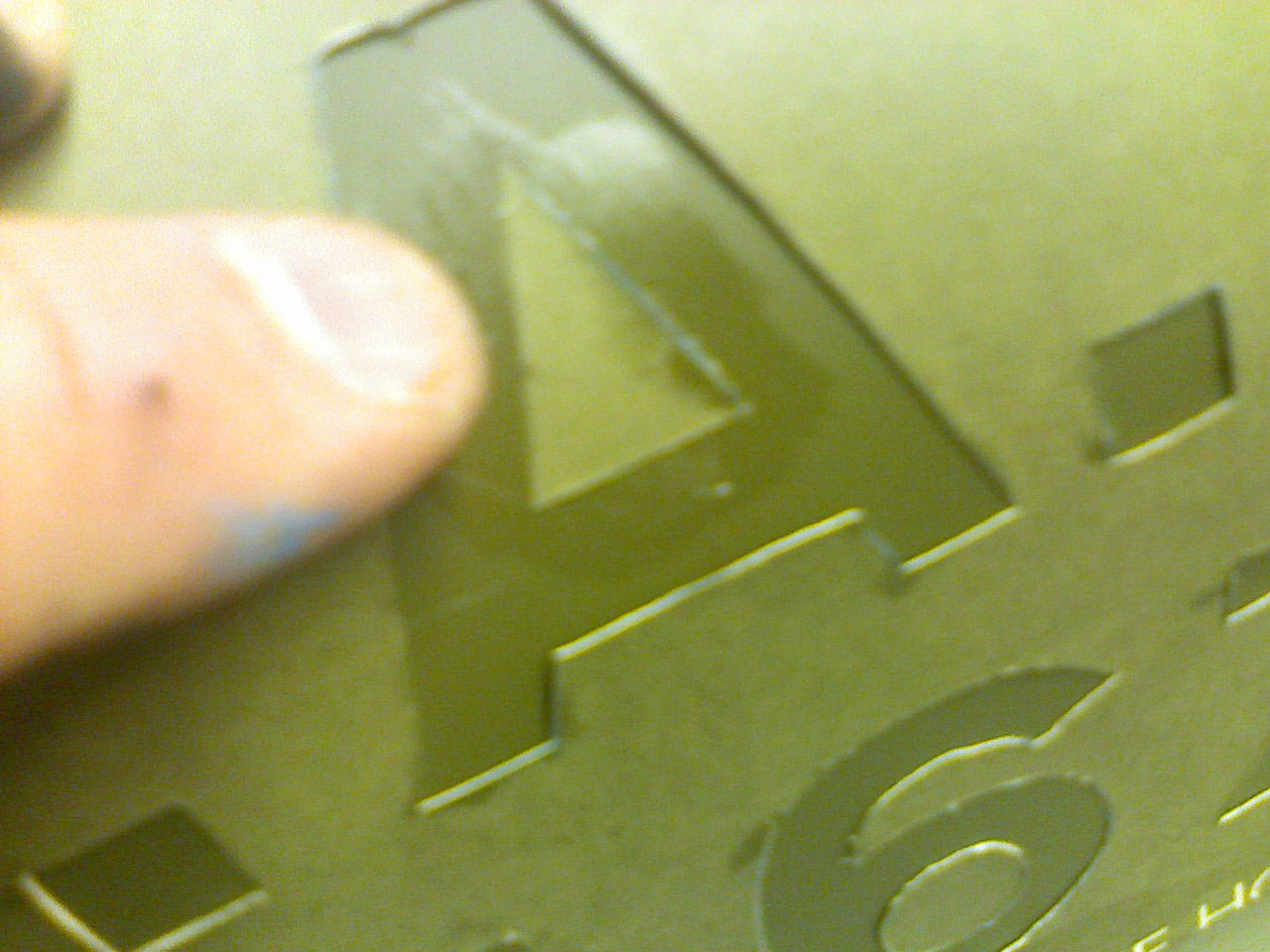 Once they are applied, I ran my finger inside the areas to be painted in order to rub the rubber cement

off of the metal in  those areas. 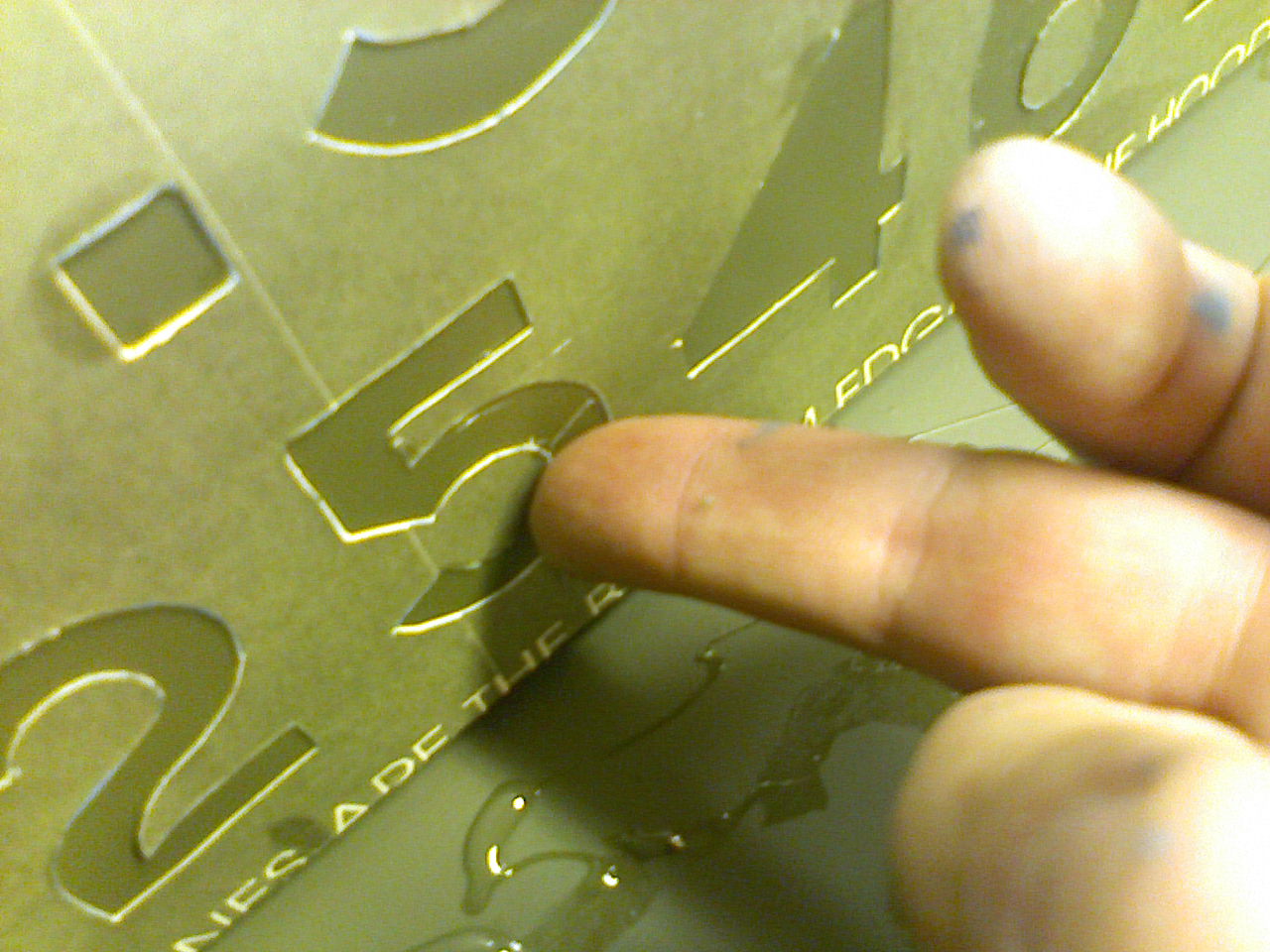 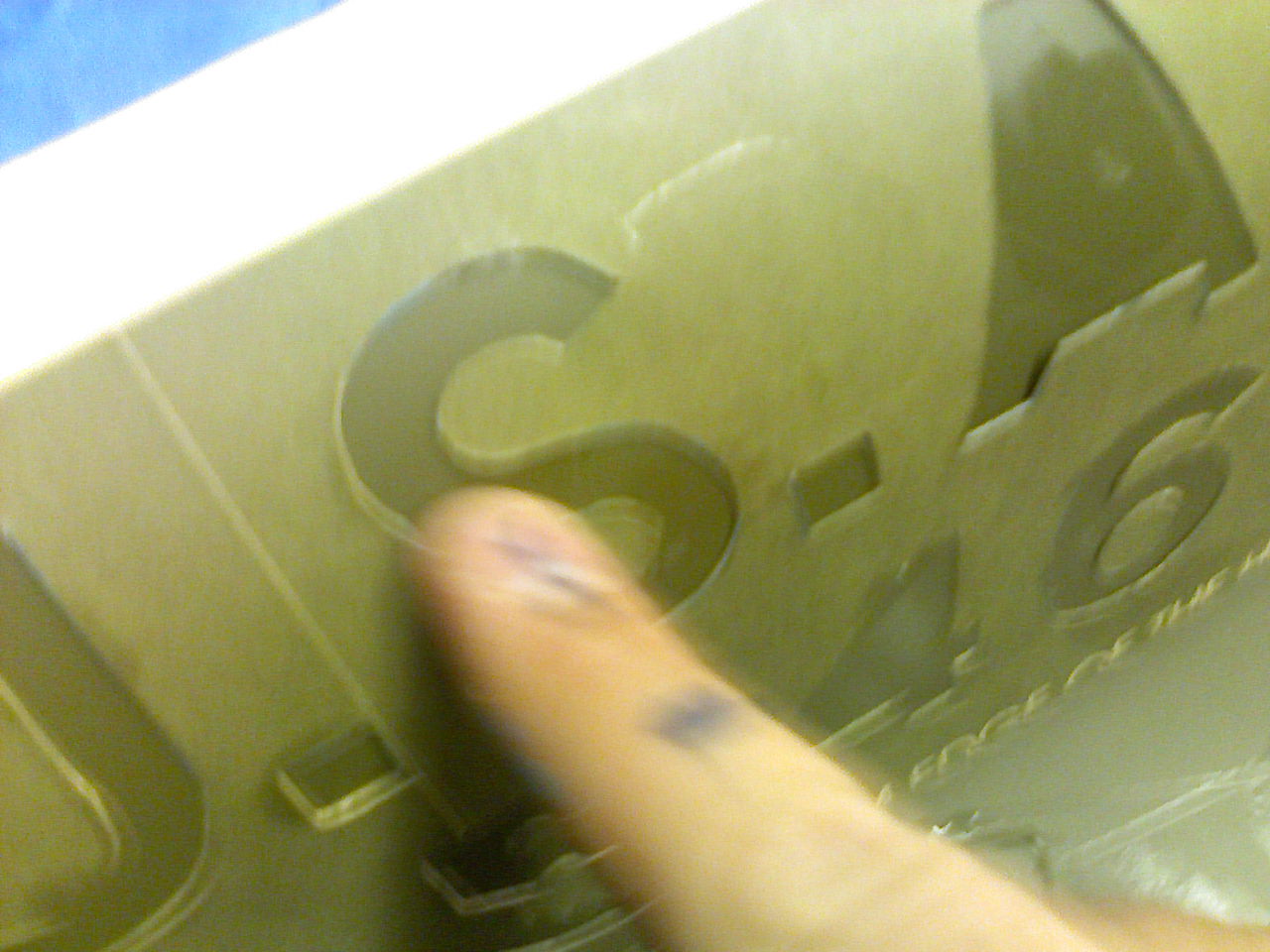 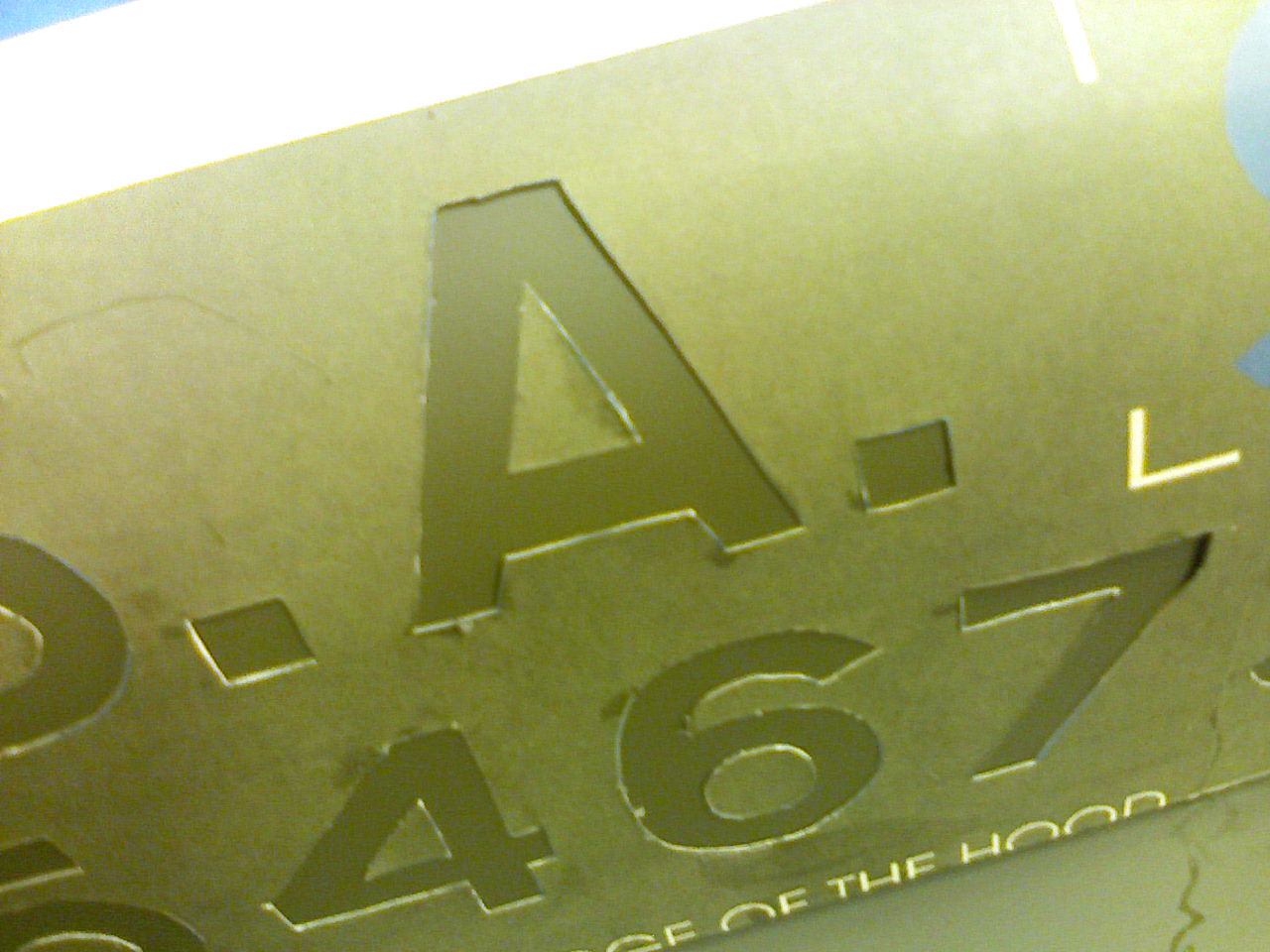 areas to be painted, it was time to mask off the stencil. 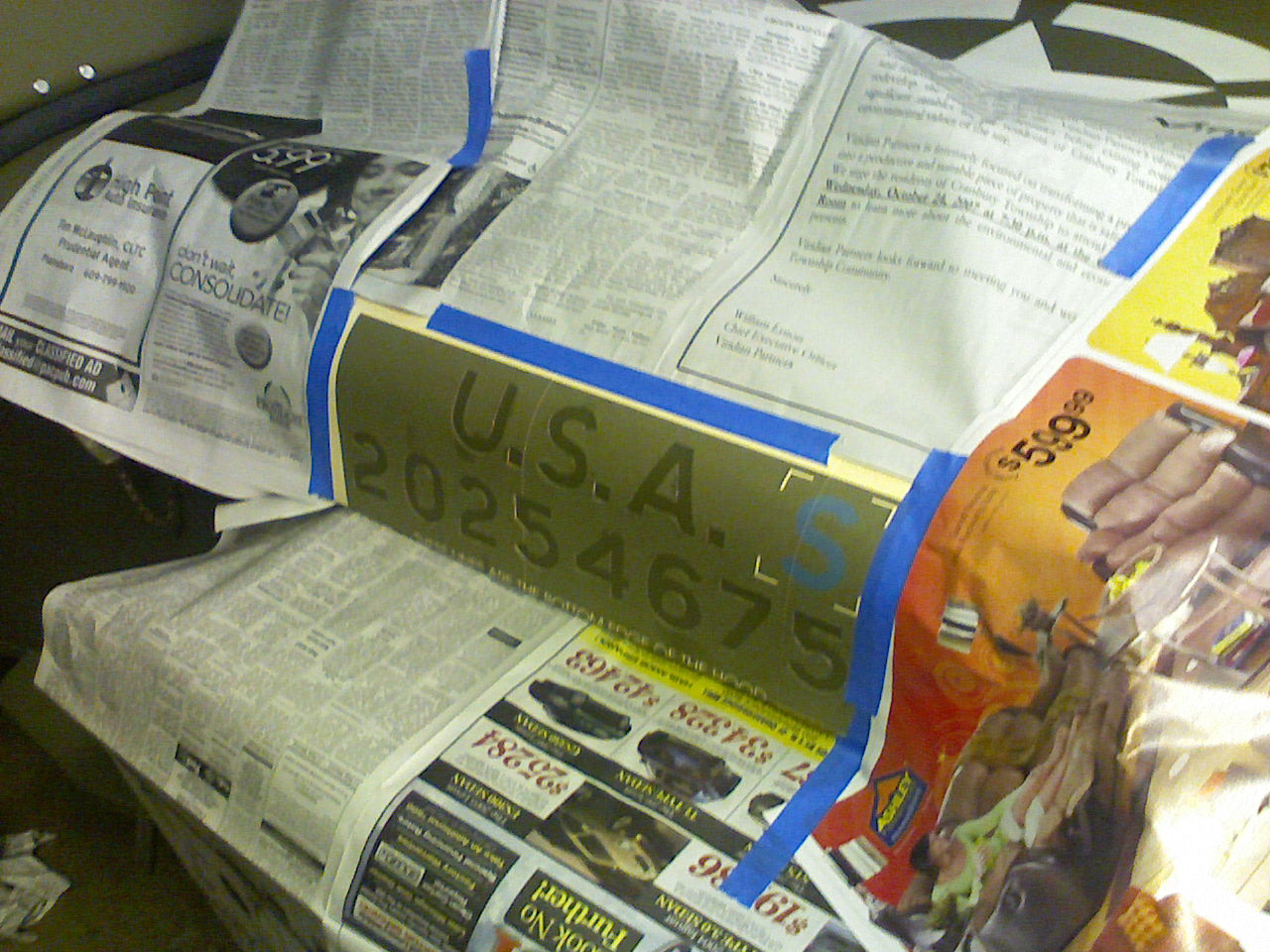 Time to spray.  I used an acrylic paint that I mixed up from several blues and grays in order to match

the color of the Blue Drab on the stencil, which is a pretty near match for the factory color.

It's a good method for me, because when it dries, its permanent, but prior to that,

if it gets messed up it can easily be wiped away with water. It also cleans up easily.

As I sprayed, I shot it in very light coats and drying it with air in between strokes in order to prevent runs.

After the paint is reasonably dry, I removed the stencil.  Any runs or fuzzy edges can be cleared up with a slightly moist

paper towel and a little care.  Also, care must be taken when removing the independent centers.

After the paint is dry enough, the remaining rubber cement can be rubbed off leaving no trace.

For the "S" on the cowl, I simply reused the "S" in USA rather than cut out another one.

Again, let it dry before rubbing off the excess rubber cement.

All done.  Repeat for opposite side!

The hue of this blue is actually quite darker and grayer than these pictures indicate.

They were taken with an LG VX8500 phone. (The Chocolate)